At John M. Ireland & Son Funeral Home and Chapel, we take great pride in caring for our families, and will work tirelessly to provide you with a beautiful, lasting tribute to your loved one. In addition to the services we offer, you will receive an online memorial that you can share with family and friends. While honoring your loved one is our top priority, we also want to help you through this difficult time. We have a wide range of resources to support you not only today, but in the weeks and months to come.

Dedicated. Inspiring. Loving. These words have been used by client families to describe the service they received at John M. Ireland and Son Funeral Home in Moore, OK.

“There is no doubt each and every one of their staff have a calling. This is not a ‘job,’ this is a love. These caring, loving professionals helped me and my family every step of the way,” a client recently shared in a Google review. Testimonials like this one are not uncommon for John Ireland and the staff at their family funeral home. They strive each day to be caring, compassionate, welcoming and relaxed.

John grew up in the funeral profession and knew at a young age he wanted to have his own funeral home. He spent countless hours with his father, Ray Ireland, who had worked in the funeral profession since he was 15 years old. John grew up pushing caskets, going on ambulance calls with his dad and learning the business from the ground up. After high school, John attended mortuary school in Kansas City while he worked full time and lived at a local funeral home. He moved to Oklahoma after graduation and opened John M. Ireland and Son Funeral Home in 1995.

As a one-man operation with used equipment from his father, John’s goal was to serve 100 families a year. Now, 25 years later, they annually serve more than 1,000 families. As one of the only family-owned funeral homes in the area, they continue to expand year after year. In addition, they recently opened a second location in South Oklahoma City to serve the Hispanic population in that area.

Their continued growth can be attributed, in part, to their commitment to their community. At a young age, John’s father instilled in him that he should always help anybody, anyway he could. “That’s what this business is about – you’re there to serve a family in their most difficult time of need,” John affirmed. “They need someone they can lean on who knows how to be professional.”

Johnathon Ireland, John’s son and the Director of Operations for the funeral home, described his dad as “old school” when it comes to service. “We have a big reputation in the community and among other nearby funeral homes as one of the most accommodating funeral homes in our area. My dad understands that prices can be overwhelming, and he likes to keep it simple,” Johnathon explained. “He helps every family that comes through the doors, regardless of their financial situation.”

John’s community involvement reaches far beyond the funeral home. For many years, he has sponsored youth by helping them purchase and raise livestock (cows, goats, pigs, sheep, etc.) for show at local county and state fairs. He enjoys helping youth in the agriculture community because he believes taking care of animals teaches great lessons on how to work hard and be responsible, and it’s also a great way for the kids to make money in the summer.

John also organizes and sponsors many local events, including a Halloween event and Christmas parade to provide a safe family environment for the more than 12,000 people that attend the events annually. John provides all of the candy and popcorn through another one of their family businesses, the Candy Castle and Popcorn Palace.

He also serves on the Crime Stoppers Board and has won countless awards for patron of the year from many different local organizations. Their business has also been named “Best Funeral Services” in Moore and South Oklahoma City every year since 2014.

“This is his life. He lives & breathes the funeral business and is here 24/7,” Johnathon shared about his dad.

The staff at John M. Ireland and Son Funeral Home pride themselves on their family atmosphere. John has always looked to employ people who share the same values of being caring and compassionate. It is important to him that families feel at home and relaxed when they walk in the door. Even if the staff have multiple visitations or services happening at once, they work to make sure each family sees their staff’s dedication and attention to detail. Typically, the funeral home closes at 9 p.m., but it’s not uncommon for an employee to stay much later with the family members who do not want to leave their loved one. John’s willingness to stay with the family, even overnight, sets him apart from other funeral homes. “Everyone pulls their part,” John shared. “They just know it’s our atmosphere and they love it.”

John has inspired and encouraged many of his employees to follow in his footsteps. In addition to his son working at the funeral home, John’s daughter, Haley, is currently studying to be a licensed funeral director. Another director started at the funeral home by washing cars when he was 17 years old. And out of their three current apprentices, two started as translators and now want to pursue a career in the funeral profession. “A lot of people around here are committed to the industry and love what they do,” John said.

The constant commitment to their clients is showcased in this recent Google review, “They don’t treat you like a regular ‘customer’ but more like if you were family! And that truly means everything.” 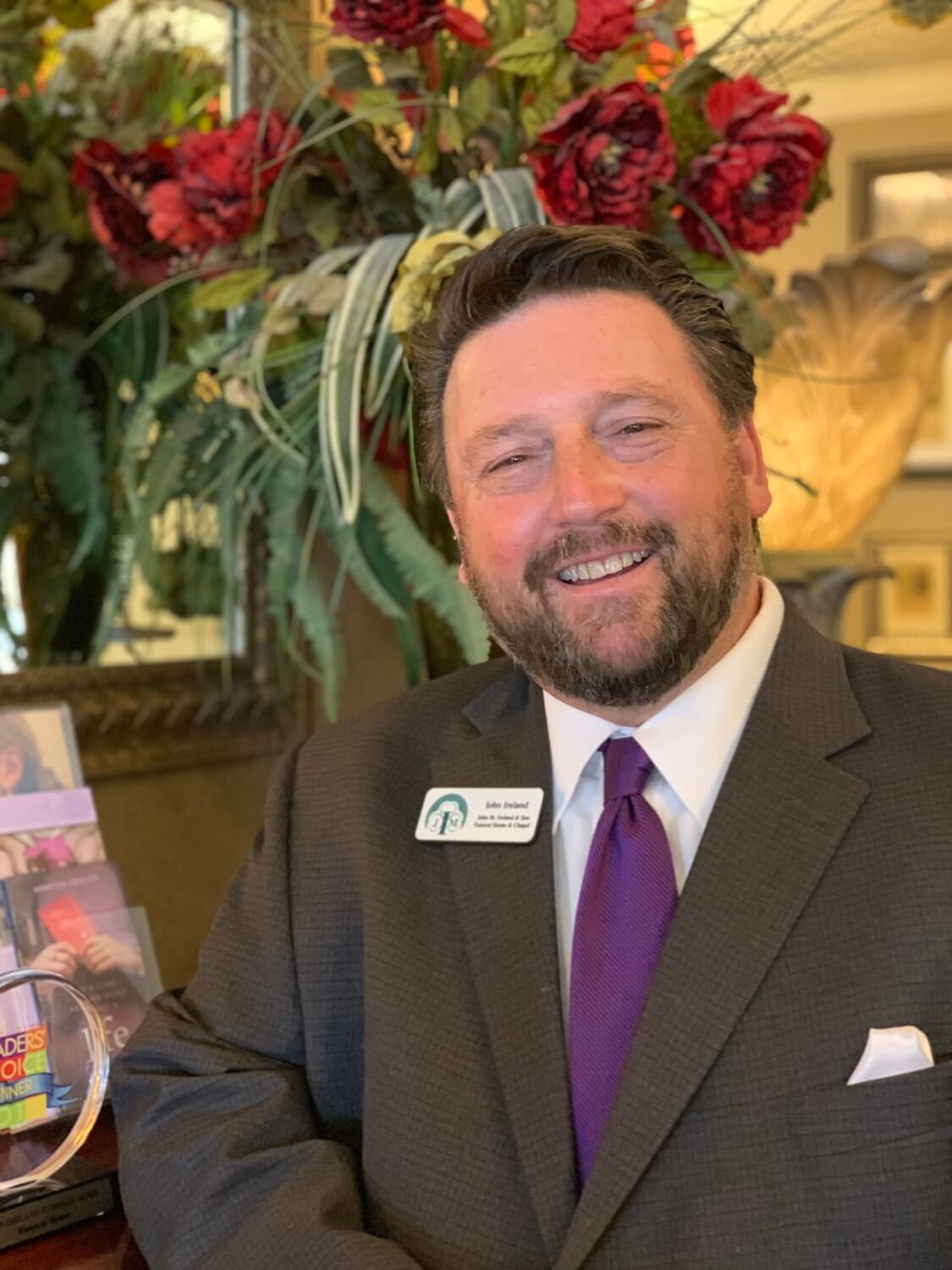