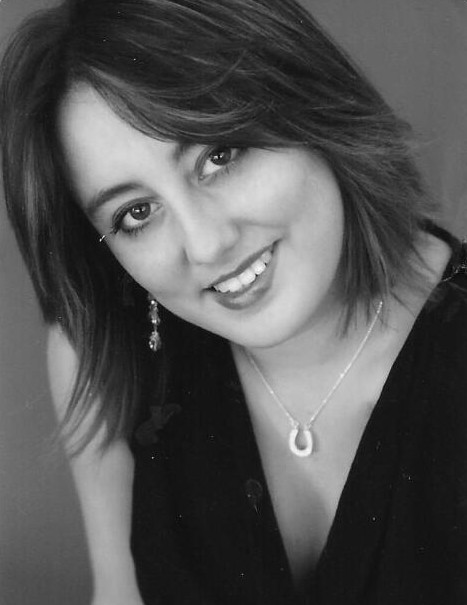 Growing up in the Denison-Sherman area, she was involved in art, summer theatre, and sailing on Lake Texoma. She played the trumpet in the high school marching  band, participated in many UIL prose/poetry tournaments and graduated from Sherman High School in 2003. Following graduation, she attended various colleges for several years.   One day it occurred to her that with her love of animals, her artistic abilities, and her excellent scissors skills, she should go to grooming school- it was the perfect career choice. She loved grooming dogs, and her furry friends adored her.

Ren referred to herself as a nerd.  A long time Star Wars fan, she spent her 35th birthday at Disneyworld, experiencing the galaxy and building her own light saber.  A big movie fan, she enjoyed computer gaming, arts and crafts and she never outgrew Legos. She had an adventurous spirit and was happy driving her jeep and being part of a jeep club.  Ren had a quick wit and loved to joke and have a good time, but she will also be remembered for her kind heart. She will be dearly missed.

She was preceded in death by her father, Robert Henderson, grandparents Chet and Mae Henderson and Johnie and Margie Freeman. She is survived by her mother, Jann Knotts, half-sister Tiffany Henderson, and her stepfather and co-conspirator in sarcasm, Tom Knotts.

The family is grateful to the medical staff at Stephenson Cancer Center, her devoted caregiver Justice, and her hospice nurse Wanda.

Lauren was strong willed and fought a long and painful battle against cancer. Memorials may be made to the Stephenson Cancer Center in care of the OU Foundation or to Second Chance Animal Sanctuary in Norman.

The family has opted to not have a service at this time. Arrangements are with John Ireland & Son Funeral Home in Moore, OK.

Plant a tree in memory of Lauren "Ren" Wesley Henderson

Jann, I am so sorry to learn about your sweet Lauren.  I had no idea she had been battling cancer.  It has to have been a tough road but reading about her was so interesting especially that adventurous spirit and quick wit.  My thoughts and prayers are with you.  God will give you the strength to get through this.  I actually was thinking of you and wondering where you were now, just a few days ago, and wondering if you were still working.

Jann and Tom--I'm so sorry to hear about Lauren.  I know she fought a long and hard battle.  I know you were with her all the way.  I'll never forget her "scurrying around" under my house helping me move some wires and getting lost under there and me shining lights so she could find her way out.  My deepest condolences.

A Memorial Tree was planted for Lauren "Ren" Wesley Henderson

Plant a tree in memory of Lauren "Ren" Wesley Henderson